Pasta Amatriciana recipe (Pasta all’Amatriciana) is a famous first course of Roman trattorias and restaurants, originally born in Amatrice, a small town in the district of Rieti. The ingredients are basically four: red pepper, pecorino romano, guanciale and peeled  tomatoes.

Other ingredients, such as garlic and onion, are not present in the authentic Pasta Amatriciana recipe but are present in the recipe of the district of Rome. In addition, the type of pasta used in the Amatriciana sauce born in Amatrice is spaghetti, while bucatini (that are nothing more than very thick spaghetti holed in the center) are typical of the area of Rome.

Wanting to respect the traditional recipe of pasta all’Amatriciana, in this recipe we’ll just use spaghetti, pecorino romano, guanciale, red pepper and peeled tomatoes. According to tradition, remember that the right ratio between guanciale and pasta is a quarter: therefore, for 500 grams of pasta, you need 125 grams of guanciale.

Some people prefer to sauté the guanciale for a few minutes and then add the white wine. White wine is in the list as an ingredient but it’s optional; it’s not essential for the success of the recipe so it depends on tastes.

Together with Carbonara pasta, Amatriciana sauce, despite being a typical recipe of Lazio, has become a classic of Italian cuisine. Step 1) – You’ll need a rather large pan to make Amatriciana sauce. So first of all cut guanciale into strips. The dark part of guanciale, which you see in the picture, is rich in pepper and spices and should not be throwaway. It gives the sauce a very tasty flavor so keep it. Then place the red pepper in the frying pan and add the guanciale. Step 2) -Sauté the guanciale, turning it often with a wooden spoon, until the white fat part has become transparent and golden (about 5 min). Now is the time to add the white wine (optional). Keep the high heat and let it evaporate. Meantime keep ready with peeled tomatoes. You can find many types of canned tomatoes but San Marzano variety are the best choice for this recipe. Step 4) – When the sauce is ready, remove the red pepper and keep the sauce aside. Meanwhile, cook spaghetti in plenty of salted water, following the cooking times specified on the package.

A good bronze drawn pasta or durum wheat semolina would be optimal (it would be a pity to spoil the dish with a poor quality pasta so be careful what type of pasta you are going to choose). Drain spaghetti al dente and pour them into the pan with Amatriciana sauce. Stir and add grated pecorino romano which will bind all the ingredients. Even for pecorino cheese, choose the best one.

In the beginning, Pasta Amatriciana was without tomato. Only around 1600 it was imported from America and began to appear in Italian recipes. Nowadays, the “white” version of this famous pasta recipe is called pasta alla Gricia or Grascia (from Grisciano, another little town near Amatrice).

Centuries ago, many shepherds who lived in the mountains of Amatrice, brought in their saddlebags the necessary ingredients for its preparation: pieces of guanciale, pecorino cheese, red hot pepper and dried pasta.

The secret behind a perfect Amatriciana sauce is the fat, the white and slightly pink part of guanciale, which is the main and most important ingredient. Every traditional recipe has many variations, and this happens also for this traditional recipe of pasta Amatriciana, in which the variations are characterized by the addition or replacement of the ingredients according to the traditions of the different Italian regions or simply to your tastes.

Many people like cooking Amatriciana sauce without tomatoes. This dish in Italy is called Amatriciana bianca (white Amatriciana) or Pasta alla Gricia or Griscia from the name of Grisciano, a village near Amatrice.

As mentioned above in the authentic amatriciana sauce recipe, pecorino Romano is one of the main ingredients. You can replace it withparmigiano cheese or use half parmigiano and half pecorino romano. In this case the flavour becomes less strong and tasty (pecorino Romano is a very tasty cheese). It depends on the tastes and the possibility of finding the ingredients.

Amatriciana sauce is often made with bacon, as is the case with pasta alla carbonara. If only for the easy availability of the ingredient, which is indeed also less expensive than guanciale. Bacon is less fat then guanciale so add 1 spoonfull of oil to fry it.

Amatriciana with Garlic or Onion

Many people like to cook guanciale with a clove of garlic or a small onion. This is used a lot in Rome and surroundings. The traditional Amatriciana recipe does’t want any of them so, in the ends, it’s up to you.

There are even different opinions on the type of pasta: in addition to spaghetti, Amatriciana pasta is excellent with bucatini. Bucatini all’Amatriciana is a famous dish in Rome but the authentic recipe born in Amatrice is made with spaghetti. So now the choice is yours 😉 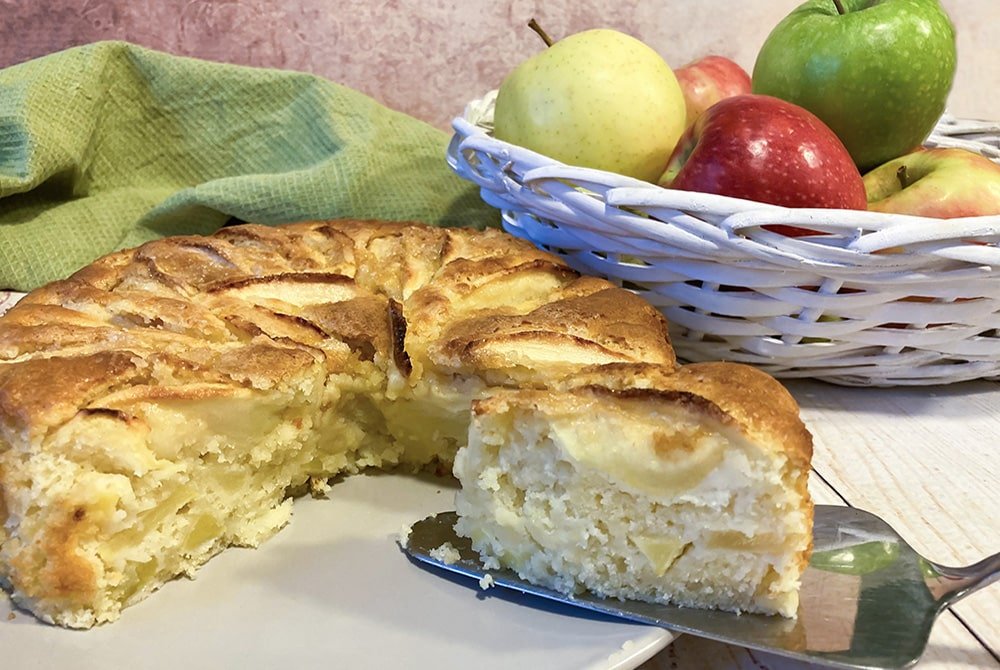 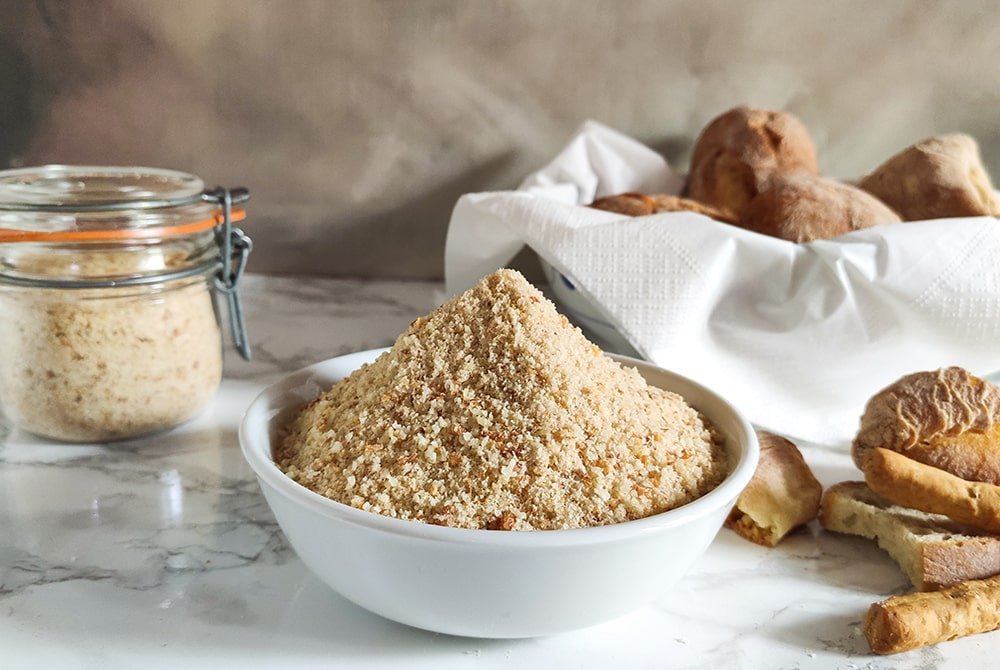 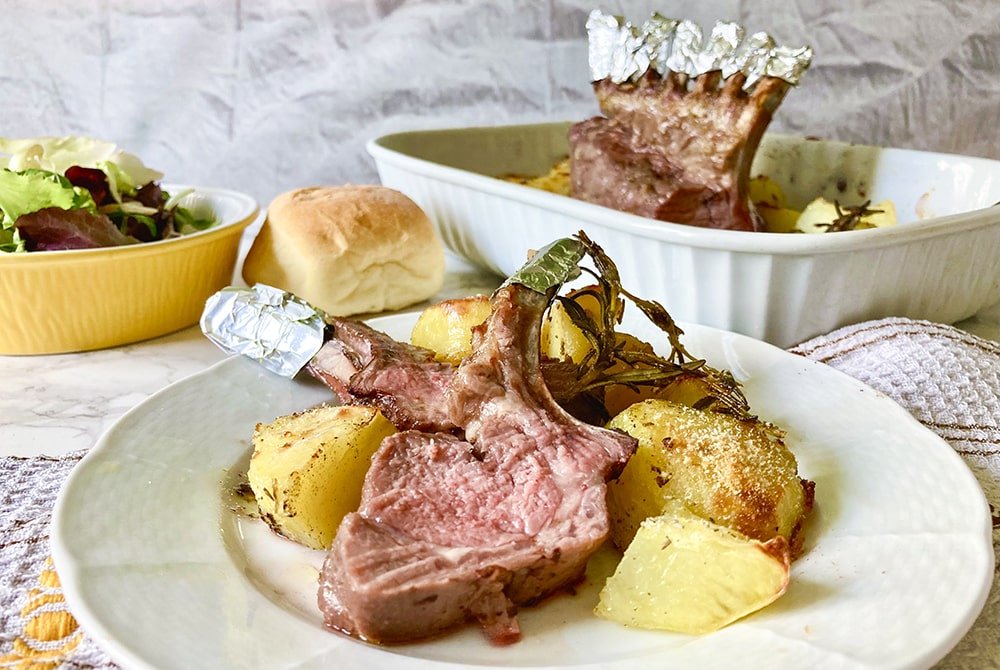 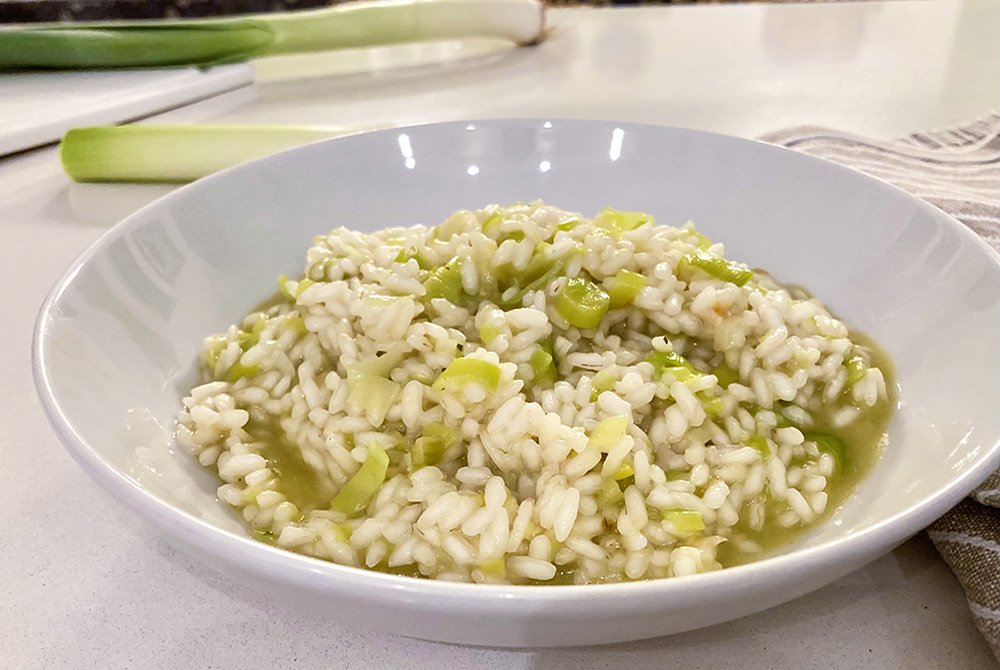 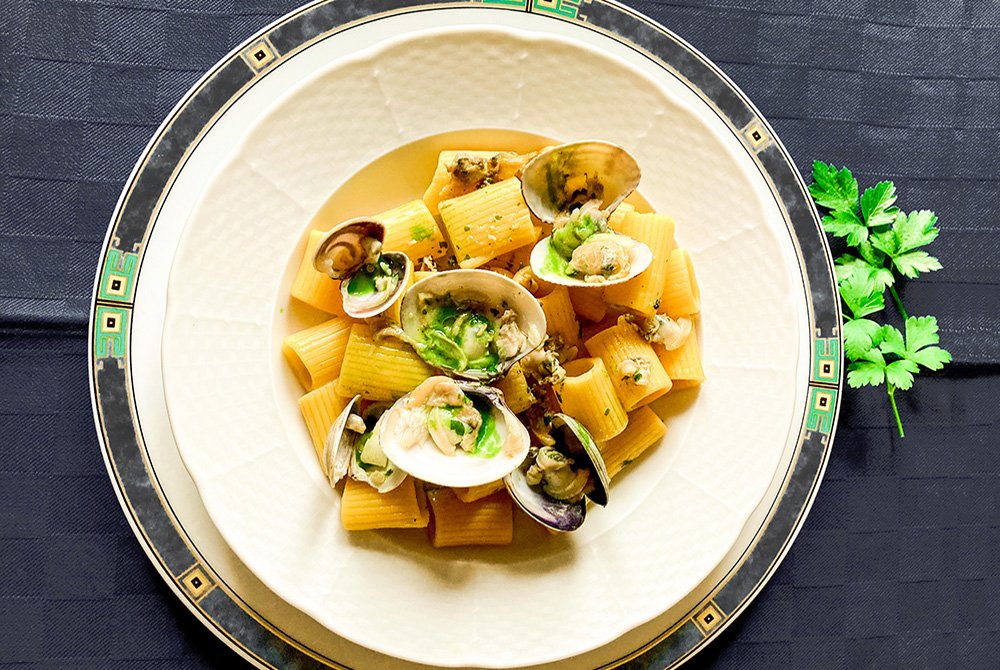 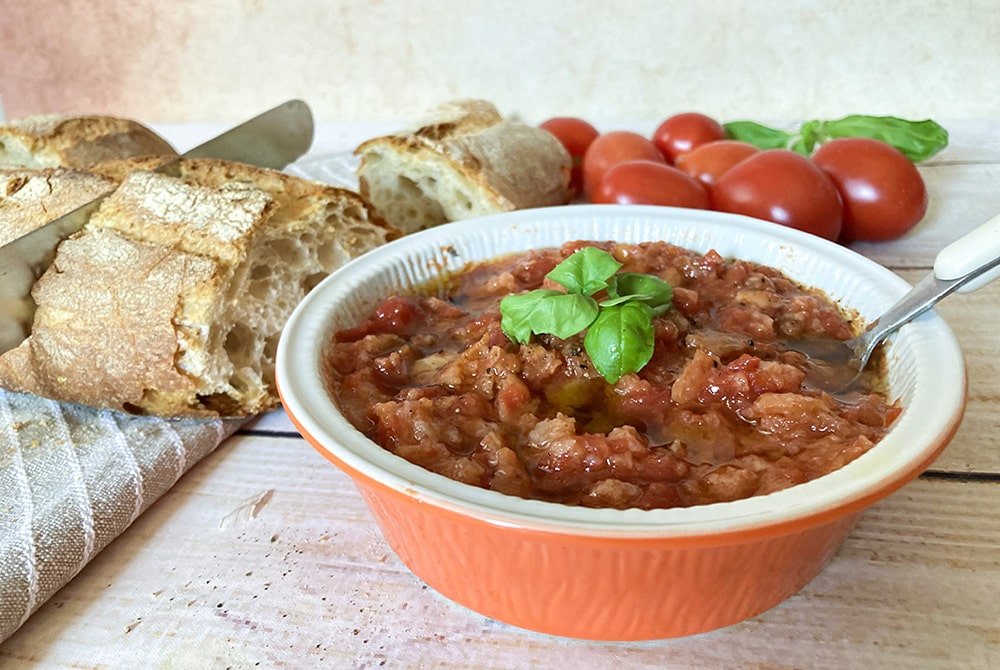